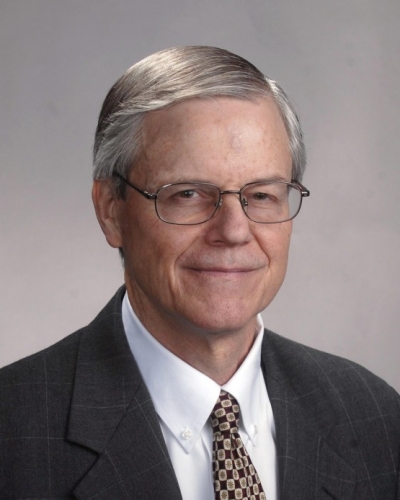 Professor of Practice, Department of Educational Leadership and Policy

Dr. Sharpe's scholarly and teaching interests include organizational theory and behavior particularly as applied to colleges and universities, educational politics and policy, and the interaction and alignment of educational systems from preschool through post-secondary institutions (a concept of education now commonly called "P-20").

While at the University of Texas System Dr. Sharpe focused considerable attention on P-20 issues. Among other assignments, he was instrumental in the development of the U. T. System P-20 plan approved by the Board of Regents in 2002 and called Every Child, Every Advantage. During this time he worked with the National Association of System Heads (NASH) and the Education Trust on advancing efforts to increase the national college-going rate of students especially those from lower socioeconomic and minority families. Similar concerns were addressed at the state level through his participation with groups including the State of Texas P-20 Council, the Academic Officers Council comprised of senior administrators of the six university systems in Texas, and the Texas Business and Education Coalition. On the regional level he was one of the founders and served on the Board of the E3 Alliance (Education Equals Economics) in Central Texas. He has continued this work in his current position in the U. T. Department of Educational Leadership and Policy as it develops ways and means of integrating P-20 concepts into the curriculum of its graduate programs in public education, community college, and university leadership.

A Phi Beta Kappa graduate, Dr. Sharpe holds a B.A. with Honors in Economics, a Master of Business Administration, and a Ph.D. in Higher
Education Administration from the University of Texas at Austin.

From 1971-1973 he served as an officer in the United States Army. During a tour of duty in Vietnam, he was awarded the Bronze Star Medal for meritorious service.

Dr. Sharpe has a strong personal commitment to public and community service. Over the years, he served as chairman or president of several nonprofit organizations including the United Way/Capital Area, the Greater Austin Quality Council, the Austin Public Education Foundation (supporting the Austin Independent School District), Child and Family Service, Inc. (now Lifeworks), the University of Texas Elementary Charter School, and the Austin High School Football Boosters Club. He has also served or is serving on the boards of the Greater Austin Chamber of Commerce, the Austin Area Research Organization (AARO), The E3 Alliance, the Brackenridge Hospital Foundation, Leadership Austin, Quality Texas Foundation, Inroads Central Texas, University of Texas Ex-Students Association, Neighborhood Longhorns Program, Knights of the Austin Symphony, and the Episcopal Theological Seminary of the Southwest.

The Ex-Students Association of U.T. Austin presented him its Top Hand Award in 1996, and he was selected Educator of the Year by Inroads-Central Texas in 1997.

An active member of St. David's Episcopal Church, he has served on the Vestry including being Senior Warden and on the St. David's Endowment Foundation Board. He is married to Molly Hawkins Sharpe, and they have two sons.


B.A. in Economics, with Honors, The University of Texas at Austin

MBA, The University of Texas at Austin

Ph.D. in Higher Education Administration, The University of Texas at Austin

Scholarly interests include organizational theory and behavior as applied to universities, educational politics and policy, and the interaction and alignment of P-20 educational systems.

Member, Board of Directors, Greater Austin Chamber of Commerce

Educator of the Year, Inroads-Central Texas (1997)

Danielle Thoma, M.Ed., expected 2020 (Supervisor)
Danielle Geraci Thoma is the assistant director of recruitment, outreach and communication in the Graduate School at the University of Texas at Austin. In her role, she oversees university-wide graduate student recruitment, orientation and convocation. Danielle earned her undergraduate degree from the University of Delaware and will receive her master's in education in educational leadership and policy in May from UT Austin. Danielle has worked in higher education for over 15 years with expertise in...

Judith L Stewart, Ph.D., expected 2019 (Co-supervisor)
Judith Stewart is a doctoral candidate in the Program in Higher Education Leadership, Department of Educational Leadership and Policy. She completed an administrative internship at San Jacinto College, a graduate research assistantship at the Center for Community College Student Engagement, and served as a graduate writing assistant for the American Association of Community Colleges' 21st Century Commission on the Future of Community Colleges. She has over 20 years of experience as a community college faculty...