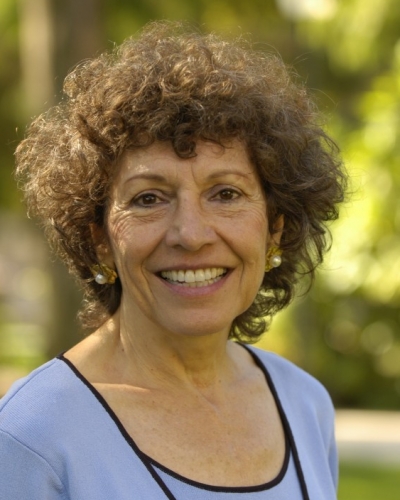 Lucia Gilbert is a Professor Emeritus with the Department of Educational Psychology at UT Austin. Prior, Gilbert served as the Provost and Vice President for Academic Affairs and Professor of Psychology at Santa Clara University from 2006 to 2016. Before her work at Santa Clara University, Gilbert was Vice Provost for Undergraduate Studies, Professor of Educational Psychology, and Frank C. Erwin, Jr. Centennial Honors Professor at the University of Texas at Austin. She is a Fellow of both the American Psychological Association (APA) and the Association for Psychological Science (APS).

Gilbert has an extensive record of scholarship in the areas of work and family and women's career development, and has been honored with a number of national and university awards recognizing her teaching excellence, her scholarship, and her mentoring of students. These include the Leona Tyler Award and the Caroly Sherif Award, both from APA, and the UT College of Education Deans Distinguished Faculty Award. In addition, Dr. Gilbert's biography has been included in Psychology's Feminist Voices, an archive containing the stories of women of psychologys past and contemporary feminist psychologists who have shaped and continue to transform the discipline of psychology.

Please note: as an Emeritus faculty member, Dr. Gilbert does not actively supervise students in the Educational Psychology department, but welcomes inquiries about past and current work.

Ph.D. in Educational Psychology, University of Texas at Austin

Please note: as an Emeritus faculty member, Lucia Gilbert does not actively teach or supervise students for the Educational Psychology department, but welcomes inquiries about past and current work.

Lucia Gilbert's research interests center on women's career development in male-dominated fields and the influence of gender processes on career trajectories and work-family balance. Her current research focuses on the experiences and career paths of women in the wine industry.