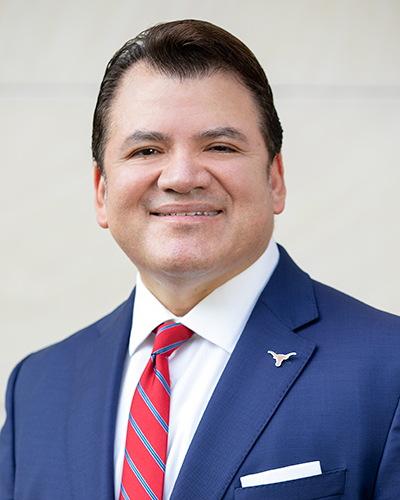 Professor of Practice, Department of Educational Leadership and Policy

Dr. Paul Cruz is the co-director of the Cooperative Superintendency Program (CSP) and is a Professor of Practice with the University of Texas at Austin. The CSP offers a doctoral degree within the Department of Educational Leadership and Policy and prepares future superintendents and executive school leaders to serve in leadership roles to meet the ever-changing needs in the public education system.

Prior to joining the University of Texas at Austin, Dr. Cruz served as the Superintendent of Schools in the Austin Independent School District (ISD) from 20142020. The Austin ISD, the sixth largest district in Texas, enrolls approximately 81,000 students with a workforce of around 12,000 employees.

Under Dr. Cruzs leadership, the Austin ISD graduation rate reached an all-time high  outperforming the state and nationwith two-thirds of AISD graduates enrolling directly into college. AISD met all student performance standards set by the Texas Education Agency, and students scored above their peers throughout the state and the nation on ACT and SAT. AISD also was named to the Advanced Placement Honor Roll.

Dr. Cruz began his career in education in 1987 working as a teacher, campus administrator, central office administrator and superintendent in Corpus Christi, San Antonio and Laredo. He was also the deputy commissioner for dropout prevention at the Texas Education Agency.

He served as a board member for the Austin Area Research Organization, Austin Ed Fund and Austin Partners in Education.

Having set a personal goal to earn a doctorate before he turned 30 years old, Dr. Cruz received his Ph.D. in educational leadership from the University of Texas at Austin at the age of 29. In his doctoral program, Dr. Cruz was a fellow in the Cooperative Superintendency Program.
Dr. Cruz received a Bachelor of Science degree in education from the University of Texas at Austin, with a specialization in English, and a Master of Science degree in educational administration from Corpus Christi State University.


Ph.D. in Educational Leadership, The University of Texas at Austin, 1995

B.S. in Education, The University of Texas at Austin, 1987

Experienced urban school superintendent and executive leader who focuses on social justice and high academic success for all students, school leadership, and equity in educational opportunities.