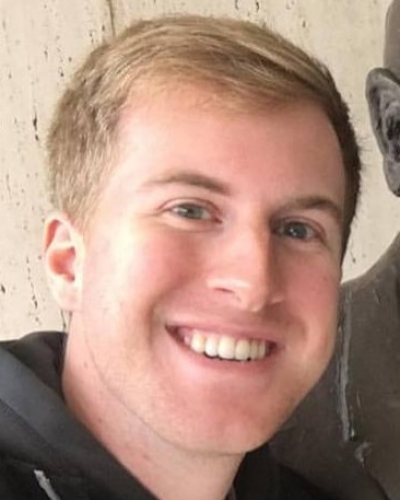 Sam Schelfhout is a doctoral student in Physical Culture & Sport Studies at the University of Texas at Austin. He earned his Master of Science degree in sport management at UT in 2017, during which time he worked with the Texas Longhorns communications department. His master's thesis, "It is 'Force Majeure': The Abrupt Boycott Movements of the 1956 Melbourne Summer Olympic Games," examined the boycott movements of several national Olympic committees in response to the Hungarian Revolution, the Suez Crisis, and the "Two Chinas" problem prior to the 1956 Summer Olympic Games in Melbourne, Australia. Sam is a recipient of the College of Education Texas New Scholar Recruitment Fellowship, as well as the Department of Kinesiology & Health Education Mary Buice Alderson Teaching Excellence Award for his teaching experience in sport management classes.

Sam is a native of Monroe, Washington, and received his Bachelor of Arts degree from the University of Portland. Outside of academics, Sam enjoys experiencing Austin's punk music scene, fantasy/science fiction literature, hiking, and attending Longhorns sporting events.

A Fine Example of Brotherhood and Sportsmanship" - 1964 Tokyo Summer Olympic Games in the Era of the "Little Détente", Center for Sociocultural Sport and Olympic Research, Fullerton, CA (2019)

Together We Are Strong: The Rise of Physical Culture in Esports, North American Society for Sport History, Boise, Idaho (2019)

'How Can Sports Prevail Over What Has Happened in Hungary?': The Boycotts of Spain, The Netherlands, and Switzerland in the 1956 Summer Olympic Games following the Hungarian Revolution, Center for Sociocultural Sport and Olympic Research, Fullerton, CA (2018)

Lifting 'Round the World: The Political Impact of the USA Weightlifting Team's 1955 Goodwill Tour to the Middle East, North American Society for Sport History, Atlanta, GA (2016)

Congress and College Football: Congressional Motivations for the Removal of the Bowl Championship Series, University of Portland Founder's Day, Portland, OR (2014)