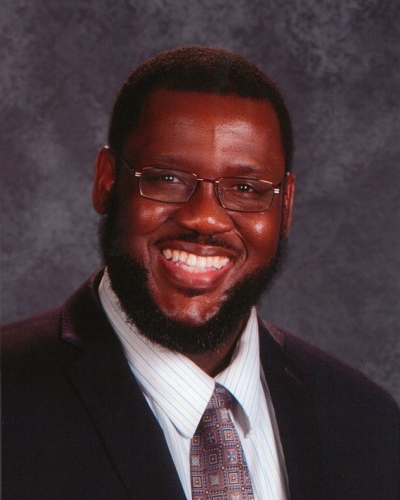 M.A. in Curriculum and Instruction, Specializing in Language & Literacy Studies, The University of Texas at Austin, 2003
B.A. in English, Lyon College, 2000

A native of Jackson, Mississippi, Terrell D. King graduated from the International Baccalaureate (IB) programme at Jim Hill High School in 1996. In 2000, he received a bachelors degree in English with a Secondary Education Concentration from Lyon College. He then earned a masters degree at the University of Texas at Austin in curriculum and instruction, specializing in language and literacy studies. He also attended Texas State University at San Marcos as a postgraduate student in the principal certification program, completing his studies in 2006. He is currently pursuing a doctoral degree at the University of Texas in Austin in the Public School Executive Leadership Program, concentrating in the Cooperative Superintendency Program. His research interest is advance succession planning for the principalship.

His dedication and service have not gone unrewarded. He has been honored as Bastrop High School Teacher of the Year and as the Bastrop Independent School Districts Secondary Teacher of the Year. In 2010, Lyon College awarded him with the Patterson Decade Award, which is given to the member of the decade class that has achieved a notable degree of success in his or her chosen field, career or profession and received some previous recognition from contemporaries. In September 2015, he received the Dale Carnegie Human Relations Champion Award from Dale Carnegie Training for demonstrating by content and delivery, the effective application of the Human Relations Principles, motivating others to continue practice of the principles, and demonstrating careful presentation.

Ruben D Olivarez (Supervisor)
Advocates for social justice and equal educational opportunities for all students, and stresses the importance of teachers in education and principals as a key to school effectiveness.

Norma V Cantu (Committee Member)
Teaches topics in civil rights and the intersection of law and policy in education; served as assistant secretary of education for Civil Rights during the Clinton administration.

Edwin R Sharpe (Committee Member)
Scholarly interests include organizational theory and behavior as applied to universities, educational politics and policy, and the interaction and alignment of P-20 educational systems.