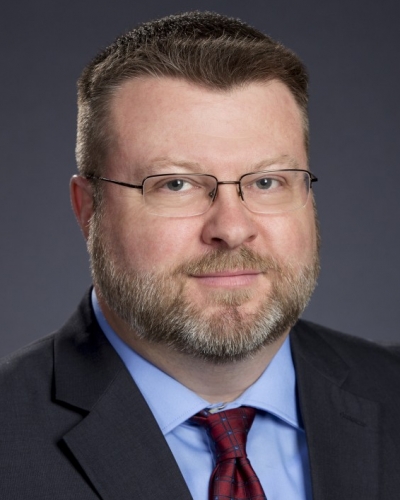 Brian Farr has been the Director of the Athletic Training Program since its inception in 2002. He was instrumental in creating the ATP and has led the program through its initial JRC-AT candidacy (2002), CAAHEP accreditation (2006), transition to CAATE accreditation (2006), and CAATE re-accreditation (2011). He received a Teaching Excellence Award in 2011-12, was promoted to Senior Lecturer in 2013, and named Clinical Associate Professor in 2018. He received the NATA's Athletic Trainer Service Award in 2016, the NATA's Most Distinguished Athletic Trainer Award in 2019, and the SWATA Most Distinguished Athletic Trainer Award in 2019. He is the co-director and co-founder of the Longhorns Sports Medicine Camp and Director and founder of the Longhorns Lecture Series for Continuing Education, a professional CEU program for area healthcare professionals. He has delivered more than two dozen professional presentations on a variety of sports medicine topics, was lead author on a chapter in Clinical Orthopedic Rehabilitation - An Evidence-Based Approach, 3rd ed and Clinical Orthopedic Rehabilitation - A Team Approach, 4th ed, and co-authored peer-reviewed, published articles in professional journals.

Prior to his faculty position, Farr spent three seasons as the athletic trainer for the Longhorn Mens Basketball team. In addition to tending to the basketball team, he assisted with medical care for UTs football and cheer and pom student-athletes, coordinated the athletic training student internship program, coordinated the educational in-service program, and taught for the Department of Kinesiology and Health Education (KHED).

Farr came to UT by way of Oklahoma State University where he served as Assistant Coordinator of Sports Medicine working with the Cowboys mens basketball and football teams. He also served as an Adjunct Clinical Assistant Professor in OSUs College of Education, where he taught athletic training courses. Farr also coordinated OSUs staff in-service educational series and assisted in the clinical education of OSUs athletic training students.

Farr also spent one year as the head athletic trainer for the Columbus Chill, a minor league, professional ice hockey team; one season as the assistant athletic trainer with the World League of American Footballs (NFL Europe) Scottish Claymores; and served as an athletic trainer at the U.S. Olympic Training Center in Lake Placid, NY. Farr was named to the USOC Sports Medicine Staff for the 2011 Para Pan-Am Games in Mexico. He also served as the athletic trainer with USA Sitting Volleyball at the 2012 WOVD International Cup in Cairo, Egypt, the World Super 6 Tournament in Tabriz, Iran, and a number of national tournaments and training camps.

Teaching Excellence Award, The University of Texas at Austin, Department of Kinesiology and Health Education (2012)

Management of Critically Injured Athletes  Working with EMS, The University of Texas at Austin, Austin, TX (2012)

Best Practices for the Assessment and Management of Concussions, The University of Texas at Austin, Austin, TX (2011)