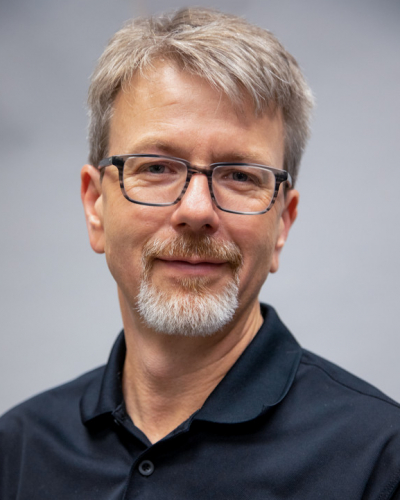 Chris Brownson is an Associate Vice President for Student Affairs and Director of the Counseling and Mental Health Center at the University of Texas at Austin. His portfolio also includes University Health Services, the Longhorn Wellness Center, and the Center for Students in Recovery. Brownson was appointed as a Chancellors Health Fellow at the University of Texas System in 2014, and he currently leads a $6 million project implementing after hours crisis counseling in all 14 academic and health institutions in the UT System as well as bystander intervention, alcohol prevention and early intervention, and collegiate recovery centers at the 8 academic institutions in the UT System.

In 2019, Brownson was appointed by the National Academies of Sciences to the Committee on Supporting the Whole Student: Mental Health, Substance Abuse, and Well-Being in Higher Education. He is the past president of the Texas University and College Counseling Center Director's Association and a past chair of the Higher Education Mental Health Alliance, the Section on College and University Counseling Centers of APAs Division of Counseling Psychology, and the Mental Health Section of the American College Health Association (ACHA). He is a past member of the Board of Directors of ACHA. He co-developed the Integrated Health Program at UT, which provides mental health services in the universitys primary care clinic. He has been a program evaluator for several SAMHSA/GLS suicide prevention grants, consults with colleges and universities on their counseling and health services, and was the National Mental Health Consultant to Teach For America from 2006-2016.

Brownson has been the director of the National Research Consortium of Counseling Centers in Higher Education since 2004. The research team that guides Research Consortium projects is comprised of graduate students from UT, and together have conducted two large national studies on college student suicide, each involving 70 other institutions of higher education across the nation with over 26,000 research participants. Currently, Brownson and the Research Consortium team are leading a longitudinal study with 18 other institutions of higher education looking at the intersection of psychological factors and academic success.

M.A. in Program Evaluation, University of Texas at Austin, 1997

B.A. in Psychology & History, University of Texas at Austin, 1992

UT System Board of Regents Mental Health Initiatives
Oversee $2,552,268 allocation to lead implementation of after-hours crisis lines and bystander intervention initiatives for all fourteen academic and health institutions in the UT System.

Hogg Foundation Grant
Co-PI for $398,000 30year grant called Well-being in Learning Environments, a program designed to develop and study how to increase well-being in the college classroom in collaboration with faculty at UT.

Hildebrand Foundation (2018-present)
Along with 3 other UT administrators, secured this gift of $3,600,000 to create SHIFT, an initiative that engages the UT community to change the culture of campus substance use from one of misuse to one of well-being.

Hogg Foundation Grant (2017 - present)
Co-PI for Well Being in Learning Environments, a program designed to develop and study how to increase well-being in the college classroom in collaboration with faculty at UT. ($398,000)

Longhorn Innovation Fund for Technology
Co-PI on $100,243 grant from the University of Texas at Austin Information Technology Services to develop an iPhone app to enhance wellness in UT students, called Thrive@UT from 2014-15.

Teach For America/UT College of Education Collaboration
PI on a 2 year, $50,000 project that provided training opportunities to graduate students in the Counseling Psychology program who worked as mental health consultant trainees to Teach For America. 2013-15

UT System Board of Regents Collegiate Recovery Initiative
Oversaw allocation for $942,000 to establish centers for students in recovery at all nine UT System academic institutions. 2012-15

The Eyes of Texas Award, University of Texas Students (2007)

UT Center for Students in Recovery