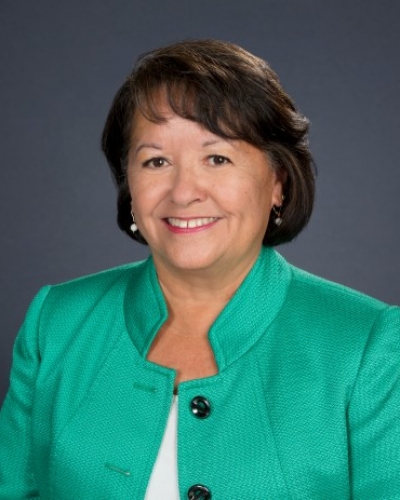 Criselda (Chris) Garza Elizalde is originally from Harlingen, Texas. She is licensed to practice law as an attorney in Texas and New Mexico; she has represented and advised school district officials for approximately 36 years.

Dr. Elizalde attended Pan American University in Edinburg (now the University of Texas RGV) for one year before transferring to the University of Texas at Austin. After earning her Bachelor's degree at UT Austin, she taught public school English and Journalism for nearly seven years in Florida and Texas. For two years, she served as Public Information Officer for a public school district She continues to hold a Texas Teacher Certification in English and Journalism.

She returned to the University of Texas at Austin to attend the School of Law. Her law degree was awarded in 1980. She has served in various legal positions at the Texas Association of School Boards, advising and overseeing the Legal, HR Services, Policy, Educational Research, and Superintendent Search Departments. She was in private law practice for more than 20 years with the law firm of Walsh, Gallegos, Trevino, Russo & Kyle, based in Austin, where she represented public school employees and officials involved in federal, state, and administrative agency cases.

As an attorney working almost exclusively with public school officials and employees throughout Texas and New Mexico, Dr. Elizalde has been a frequent trainer and presenter on legal issues of interest to school trustees, administrators, and teachers. She has taught in the Department of Educational Leadership and Policy for several years, and she has been a guest lecturer at three other universities.

B.A. in English, The University of Texas at Austion, 1970

Focuses on preparing school professionals to address legal issues they will be required to consider as administrators based on her significant experience advising and representing public school officials and administrators in legal matters.