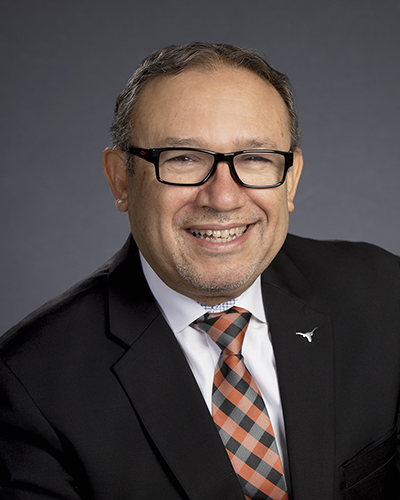 Reyes is passionate about teaching and research on student success. In his writing, Dr. Reyes focuses on Education and Opportunity, particularly on student success for children experiencing poverty. His work is focused on the intersection of leadership and policy with focus educator and administrator turnover and burnout. His research has focused on culturally and linguistically diverse, and often marginalized students such as, urban students, language learners, migrant students, and border students, among others. His academic work has transcended the "the blaming game" and has focused on what is possible with these students and their success in schools.

I am an education policy and leadership researcher and my primary scholarly expertise is in examining state or national policies that create education inequality and opportunity. I use primarily sociological theory and methods to study such problems. Broadly, my research focuses on Education and Opportunity. I conduct mixed methods research on education transitions from childhood to adulthood and how these transitions connect with socioeconomic attainment and inequality among students, particularly students often marginalized in schools. Currently, I work on three interrelated themes I pursue as a researcher. The first one is about educational transitions; the second one is about how those educator effects on student academic outcomes and how educators' manage secondary trauma and mechanisms to cope with it. The third one focuses on school reform efforts and how those reforms affect students experiencing poverty.

The first line of work is focused on enhancing education student success transitions in K-12 to postsecondary education and adulthood. I am exploring three primary research questions: 1) to what extent leaders/educators are providing quality learning opportunities for children experiencing high poverty? 2). what programs and practices enhance student success and opportunities? and 3) what is the role of families and others in successful student transitions, for those students experiencing high poverty?

The second line of work spans into how educators and students bring traumatic stress (poverty effects; violence stress, and health stress) to schools and how that stress affects their academic success; at the same time, I am working on how educators "manage" secondary trauma and stress in schools. I am studying the following questions: What are the most critical stressors educators and children in poverty experience in minority communities? How do those stressors carry to the classroom and how such stressors affect the students' mental health and academic outcomes? To what extent educators are affected by secondary trauma? How those stresses affect their effectiveness as educators? To what extent educator and administrator turnover and burnout facilitate or impede the success of children experiencing poverty?

The third line of work is focused on the effects of policy and reform changes on marginalized students. In this area, I work on how urban students, migrant students, and English Language learners are affected by different organizational designs in schools; particularly I study the policies that create those new structures and understand how such policies exclude or include children experiencing poverty. I also focus on the intended and unintended outcomes of such policies and reforms. I also focus on to what extent school policy and reforms facilitate learning opportunities for students experiencing high poverty.

Reyes has authored several books, including Resiliency and Success: Migrant Children in the US (2004); Lessons from High Poverty High Performing Schools: Creating Learning Communities (1999); and Teachers and Their Workplace: Commitment, Performance, and Productivity (1990). In addition, Dr. Reyes has authored numerous scholarly articles, book chapters, and monographs in several prestigious journals such as Educational Researcher, Educational Administration Quarterly, the High School Journal, Journal of Educational Research, Journal of Teacher Education, Journal of Educational Policy, and the Hispanic Journal of Behavioral Sciences. Moreover, he has presented a significant number of papers at national and international academic conferences, and held positions with many scholarly journals, including Editor of the book review section of Educational Researcher and Associate Editor of the International Journal of Qualitative Studies in Education.

Reyes has raised more than 23 million dollars in research development grants from foundations including: The Spencer Foundation, The Annenberg Foundation, The Spencer T. and Ann W. Olin Foundation, the Texas Education Agency, the National Science Foundation, the Houston Endowment, Inc., The Brown Foundation, and the U. S. Department of Education. Currently, he is the Executive Director of the Texas Education Research Center which mission is to maintain a longitudinal data system for the State of Texas; and to provide social scientists and other researchers access to such database to study and analyze significant questions to improve educational policy, educational outcomes, and labor outcomes within the confines of a highly secured environment.

In the Executive Vice Chancellor role, he helped with the establishment of the Dell Medical School which is already playing a pivotal role in positioning the University of Texas at Austin in becoming America's finest public university. He also led the effort to establish a new university and collaborated to create a new medical school in South Texas, the University of Texas Rio Grande Valley (UTRGV), making it among the largest Hispanic Serving Institutions in the nation by 2016, and for the first time, making universities in this region of Texas eligible for receiving Permanent University Funds (PUF) from the oil and gas proceeds derived from UT's University Lands. Prior to creating UTRGV, the academic campuses in South Texas were not eligible for these funds as a result of constitutional restrictions; this was a significant inequity needing to be changed. Upon legislatively establishing UTRGV, it became eligible for PUF defining a new era of educational opportunity and healthcare for this underserved region of Texas and the nation. In addition, he helped draft legislation to establish and fund emerging research universities in Texas to become Tier One Universities (Research Intensive) through STARS (30M annually) funding allocated by the UT Board of Regents and additional State funding. Finally, he collaborated with the Chancellor to develop and implement The Framework for Advancing Excellence which received national recognition from the White House. These successes were achieved by implementing a unified vision and fomenting alignment with the UT Board of Regents and campus presidents, empowering campus leadership, working closely with state legislative leadership, and a hard and unrelenting personal work ethic.

As the Associate Vice Chancellor and member of the Executive Officers at UT System, Dr. Reyes worked primarily in education policy and enhancing the research prowess of multiple academic institutions. He also directed the Student Learning Assessment Project for the academic institutions, and Academic Initiatives for Academic Affairs, which included managing a multi-million-dollar fund to improve research infrastructure and capacity among academic institutions. Dr. Reyes was involved with the execution of the University of Texas System's annual tuition and fee plan and annual budget presentations. He served on System Task Forces on issues including capital planning and admissions. Dr. Reyes also served on boards of external education organizations including P-16 Council and the Texas Education Reform Foundation. Dr. Reyes also helped create and lead the Institute for Public School Initiatives which hauled an annual research expenditures of 10 million dollars.

Prior to his roles as Executive at UT System, Dr. Reyes was Associate Dean of Graduate Studies and Professor of Education Policy and Administration at The University of Texas at Austin from 1996-2003. The Associate Dean assists the Vice President and Dean of the Graduate School on overall graduate academic policy, the administration of inter-institutional collaboration, student recruitment, fellowship administration, and academic graduate program review and evaluation in social sciences and professional schools. He managed multi-million-dollar budgets and significant resources for fellowship awards. During this time (Post-Hopwood), Dr. Reyes helped develop fellowship programs that were race-neutral to comply with the Supreme Court decision on university admissions (Hopwood v. University of Texas 1996).

Academic Leadership at The University of Texas at San Antonio
Recently, Reyes finished his appointment as president ad Interim of The University of Texas at San Antonio, and served as the Chief Executive Officer of the University of Texas San Antonio until September, 2017. He oversaw a budget of $550 million dollars. The university enrollment was over 30,000 students; it included 10 fully accredited colleges and schools. It boasts majors research centers and institutes focused on economic development, community engagement, and an Institute of Texan Cultures that houses cultural and historical artifacts from those who founded the State of Texas. Bringing a career of teaching, research, and administrative experience to this position, Reyes' work focused on defining UTSA's strategic academic goals and priorities to advance university excellence, enhancing undergraduate student success, and developing a vision to integrate the university with the local, state, and global communities.

Education and Awards
Dr. Reyes received a bachelor's degree in Latin American History and Education and a Ph.D. in Education Policy & Administration from the University of WisconsinMadison. From 1985 to 1986, Dr. Reyes served on the faculty at the University of Kansas, Lawrence, after which he returned to the University of WisconsinMadison as a member of its faculty, where he stayed until 1990. In December 1990, Dr. Reyes joined The University of Texas at Austin, serving as a member of the faculty of the Department of Educational Leadership and Policy.
Professional recognition for Dr. Reyes includes several notable distinctions. In 2018, he received the Roald Campbell Lifetime Achievement Award from the University Council for Educational Administration (UCEA) a national consortium of higher education institutions dedicated to improving education policy and administration. He was president of UCEA in 1991. Dr. Reyes received the Past President's Award for leading the UCEA in 1992. The National Academy of Education/Spencer Foundation selected Dr. Reyes as as a post doctoral fellow. Dr. Reyes received the Distinguished Faculty Award from the Texas Association of Chicanos in Higher Education. He has also been named to numerous national committees to review the quality of university programs, including the Ohio Board of Regents Review for Education Programs.

Personal Information
Dr. Reyes is married to Gloria C. Reyes, a former kindergarten teacher. They have two adult sons, Pedro Jr., who works for Travis County and Adalberto Damian, who works with the federal government. They reside in Austin and San Antonio respectively. In his spare time, Reyes enjoys reading and traveling with his family. Museums are always at the top of the list of destinations. When not at work, Dr. Reyes enjoys teaching and playing with his grandchildren.

B.S. in American History and Education, University of Wisconsin, Madison, 1982

Greg Worthington, Ph.D., expected 2021 (Supervisor)
Generally, Greg's research interests include the nexus of education policy, urban policy, and community development, and Xicana/o/x studies. Specifically, his research focuses specifically on the effects of market-based educational reforms on public schools and a developing a narrative of the poverty, struggle, and accomplishment of Xicana/o/x and Latina/o/x peoples in San Antonio, Texas. His research experience also involves the effect of economic revitalization programs on education in impoverished contexts, the sociological and educational effects of...