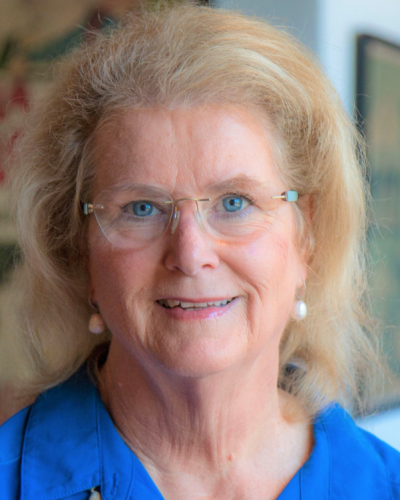 Jan Todd, Fellow in the Roy J. McLean Fellowship in Sport History, is a Professor in the Department of Kinesiology and Health Education at the University of Texas at Austin. Todd directs the Sport Management graduate and undergraduate programs and co-directs the Ph.D. program in Physical Culture and Sport Studies with Tommy Hunt. She teaches courses that cover the history of sport and physical activity, critical issues in American sport history, sport philosophy, sport and ethics, and the history of physical culture and alternative medicine.

In 2015, Todd was elected to the presidency of the North American Society for Sport History (NASSH) and served as NASSH president until May 2019. In September 2011, Dr. Todd was also named a Fellow in the National Academy of Kinesiology for her many contributions to the field of Kinesiology. She was similarly recognized in 2011 by NASSH and was given their Honor Award for her many and varied contributions to the field of Sport History

Jan Todd and her husband, Terry Todd, founded the H.J. Lutcher Stark Center, home to the largest archive in the world devoted to the study of physical culture, sport, resistance training, and alternative medicine, in 1983, serving as co-directors until his death in 2018. The collection, housed at UT-Austin, is regularly used by on-campus and visiting scholars and by Todds Ph.D. students. Todd also serves as co-editor of Iron Game History: The Journal of Physical Culture, a scholarly periodical exploring the history of exercise and physical fitness founded by the Todds in 1990.

Todds research focuses on the history of exercise, particularly the history of strength and the history of doping. She has written two books: Physical Culture and the Body Beautiful: Purposive Exercise in the Lives of American Women (Mercer University Press, 1998), and (with Terry Todd) Lift Your Way to Youthful Fitness (Little-Brown, 1985), the first popular book to argue that weight training could be used to offset the aging process. She also collaborated on a third book, Strength Coaching in America (University of Texas Press, 2019), with Jason Shurley and Terry Todd that was published the year after Terry's death.

In addition, Todd has written more than a hundred articles in popular and scholarly journals on various aspects of sport and exercise history, anabolic steroids, strength training, and exercise. She also served as a producer and historical consultant for the 2016 documentary Stoneland about the strength traditions of Scotland. The video is available on YouTube.


Ph.D. in American Civilization Program, The University of Texas at Austin

Specializes in the history of strength and conditioning, doping, women and sport, and history of physical culture.

Shurley, J., Todd, J. & Todd, T. (2019). ALL. Strength Coaching in America: A History of the Innovation that Transformed Sport: University of Texas Press.

Todd, J. (2015). Reflections on Physical Culture and History: Defining Our Field and Protecting its Integrity. Iron Game History, The Journal of Physical Culture, 13(2-3), 1–8.

University of Texas, Presidents Office
2012 $10,000 grant from to support the Bill Bradley Symposium. (With Terry Todd)

Nelda C. and H.J. Lutcher Stark Foundation
2006 $3,500,000 grant [with Terry Todd]. This grant was formally accepted by the Board of Regents at its November 2006 meeting and the funds from this grant were used to build Phase One the H.J. Lutcher Stark Center for Physical Culture and Sports in the North End Zone Building.

Dean's Fellow, The University of Texas at Austin, College of Education (2013)

Physical Culture and Sport Studies at the Stark Center