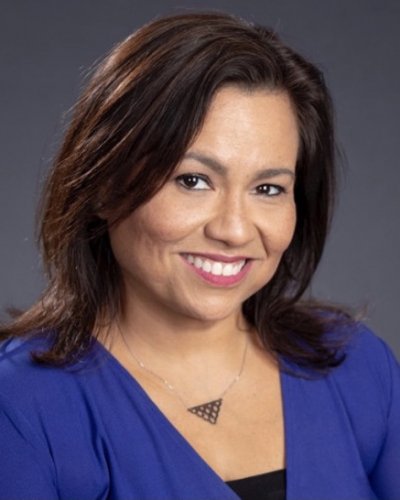 Dr. Stella M. Flores is Associate Professor of Higher Education and Public Policy at the University of Texas at Austin where she holds a cross-school appointment in the Departments of Education, Leadership and Policy and Curriculum and Instruction. She is also Director of Research and Strategy for the Education Research Center also at UT-Austin. She holds an EdD in administration, planning, and social policy from Harvard University, an EdM from Harvard University, an MPAff from The University of Texas at Austin, and a BA from Rice University. Her research examines the effects of state and federal policies on college access and completion outcomes for low-income and underrepresented populations including immigrant and English Learner students. Dr. Flores has also published widely on demographic changes in U.S. schools, affirmative action in higher education, and Minority Serving Institutions. In 2003 her coauthored work was cited in the U.S. Supreme Court Gratz v. Bollinger decision (dissenting opinion) and in various amicus briefs submitted to the Supreme Court on affirmative action. In addition to her academic appointments, she also previously served as Associate Dean for Faculty Development and Diversity from 2018-2020 at New York University. Starting in 2021, Dr. Flores will also serve as co-editor of AERA Open, a journal of the American Association for Educational Research.

In 2019, Dr. Flores was awarded the Harvard Graduate School of Education Alumni Council Award for Outstanding Contribution to Education. In 2017 she was named One of the Top 25 Women in Higher Education and Beyond by Diverse Issues Magazine and has also been recognized as one of the top 200 scholars in Education Weeks RHSU Edu-Scholar Public Influence Rankings from 2015-2021 as well as a National Academy of Education/Spencer Postdoctoral Fellow in 2010. She recently served as a member of the Committee on Developing Indicators of Educational Equity from The National Academies of Sciences, Engineering and Medicine, Division of Behavioral and Social Sciences and Education, a board member of The Institute for Higher Education Policy and the American Association for Hispanics in Higher Education, and an elected at-large member of the American Educational Research Association (AERA). Her research has been funded by the National Science Foundation, the Bill & Melinda Gates Foundation, the National Academy of Education, the Spencer Foundation and the Educational Testing Service. Previous to academic life, Dr. Flores served as an evaluator for the U.S. General Accountability Office and a program specialist for the U.S. Department of Commerces Economic Development Administration.

Examines the effects of state and federal policies on college access and completion outcomes for low-income and underrepresented populations including immigrant and English Learner students.