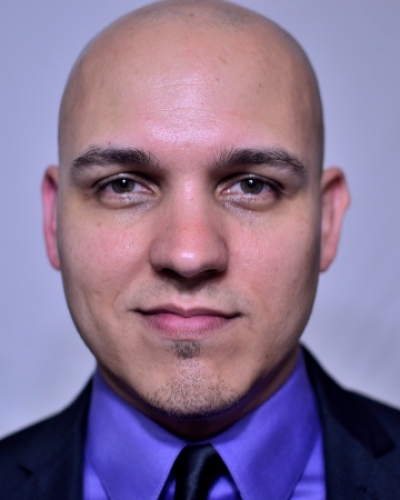 Greg is a doctoral student in the Educational Policy and Planning Doctoral Program. He has earned a Bachelors of Science in Mathematics at the University of Texas at San Antonio and a Master of Education in Educational Policy and Planning at the University of Texas at Austin. Between earning those degrees, Greg taught high school mathematics to impoverished urban students in Edgewood ISD and Northside ISD in his hometown of San Antonio, Texas. He is also a 2018 UCEA Jackson Scholar.

Above all these things, Greg is most passionate about his faith, family, and mixed cultural background, which are what led him to all the aforementioned things in the first place. He also really enjoys traveling, photography, theology, math, music (especially hip hop), talking for hours, his hometown of San Antonio and their beloved Spurs.


Generally, Greg's research interests include the nexus of education policy, urban policy, and community development, and Latinx/Xicanx studies. Specifically, his research focuses specifically on the effects of market-based educational reforms on public schools and a developing a narrative of poverty, struggle, and accomplishment in San Antonio, Texas. His research experience also involves the effect of economic revitalization programs on education in impoverished contexts, the sociological and educational effects of culturally relevant state school curriculum, alternative forms of assessment to high-stakes standardized testing, and teacher retention issues.

Angela Valenzuela (Supervisor)
Specializes in urban education from a sociological and multicultural perspective, with a focus on minority youth in schools, particularly at the K-12 level.

Worthington, G.. (2016). Let Me Tell You Why This Hateful Joke Isnt Funny. https://www.huffingtonpost.com/greg-worthington/let-me-tell-you-why-this-hateful-joke-isnt-funny_b_8797268.html?.

Alexander Caswell Ellis Fellowship in Education, The University of Texas at Austin  Department of Educational Administration (2017 - 2018)

Assessment and Emergent Bilinguals: A Case Study from Manhattan International High School of the New York Performance Consortium, The University of Texas at Austin/Texas Association of School Administrators, Austin, Texas (2015)