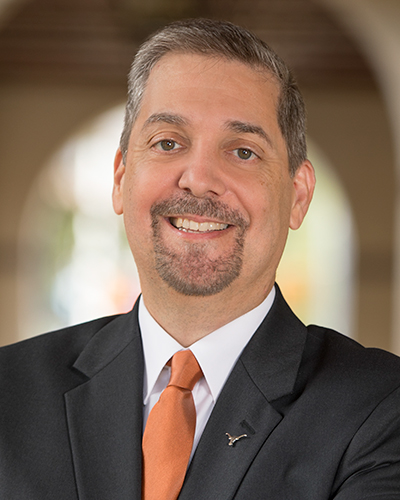 Charles R. Martinez, Jr. is the 12th dean of the College of Education at The University of Texas at Austin. Martinez was named dean-designate in July 2018 and began his tenure as dean on January 1, 2019. Martinez holds the Lee Hage Jamail Regents Chair in Education and the Sid W. Richardson Regents Chair. He is a professor in the Department of Educational Psychology.

Martinezs scholarly work focuses on identifying factors that hinder or promote the success of children and families from vulnerable and underserved populations. As a prevention scientist specializing in minority education and health disparities, he is committed to translational researchresearch that moves evidence-based practices developed in laboratories and clinical settings into communities that often have limited access to such practices, while attending to the potential need for adaptation of such practices to ensure their cultural responsiveness. He is particularly interested in how immigrant Latino families adjust to life in the U.S. and how to better harness culturally specific protective factors to ensure their success in navigating the many challenges associated with immigration.

A first-generation college graduate, Martinez received his bachelors degree in psychology from Pitzer College, and his masters degree and Ph.D. in clinical psychology from the California School of Professional Psychology.

Focuses on identifying factors that hinder or promote the success of children and families from vulnerable and underserved populations.

A Message from Charles Martinez and Richard Reddick: We Stand Determined

Dean Charles Martinez  No, This Is Not Our New Normal

College of Education Launches the Texas Center for Equity Promotion